Posting From Nepal: Building Resilience Through Play and Skills

Flying into Kathmandu it is hard at first to see the effect of the earthquake. The city was not at the epicenter of the quake and, although there is damage it does not appear to be widespread. Once you leave the city, however, the impact of the disaster is clear…damaged roads, collapsed buildings, badly damaged spiritual sites (many of which are propped up by poles). All of this is made worse by the monsoon rains, which have caused deadly landslides and further damage to infrastructure, as well as misery and loss of life.

Tent camps are scattered throughout the area just outside the city center and in the rural areas. Some villages are so badly damaged that it is being reported that as many as 36,000 people will need to be permanently relocated to other areas because of land instability. This is generating controversy from villagers who do not want to be relocated. The newspaper is reporting a sharp rise in suicides.

It has been heart warming to experience the responsiveness of the Nepalese children and adults to our combination of Playshops and SRM skills. We have been working at schools and orphanages, and have worked with children, parents, teachers, and groups of child- focused workers from many NGOs. It is always a relief when resources are scarce and the need so great to bring something that has relevance and immediate benefit to vulnerable people. Disaster zones tend to be flooded with many well-meaning helpers and the risk is that the local people who are trying to rebuild their lives will be overwhelmed with fragmented programs that don’t teach people how to use and adapt what is brought in practical and culturally-relevant ways.

At one recent two-day training that we offered for first responders and NGOs we had an enrollment cap of 25 because of space limitations. We received over 200 requests to attend…from United Nations workers and other public and private groups working in behalf of children. The various earthquake responders working with traumatic stress are eager to have new tools in their toolbags and our neuroscience orientation is new for most of those attending our workshops. Because what we bring (stabilization through play and practical resilience skills) is able to be used and even taught to others immediately, our children and adults leave with tangible ways to build resilience as part of their own self-care and with others. 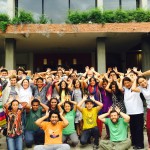 In the photo you can see one of the training groups with their “science crowns” on. We provide some neuroeducation as a foundation for the SRM skills and to motivate practice. Over the years we have refined and further refined what is taught and how to make the information lively and accessible for children and adults. Without exception, people are excited to understand how their mind/body can be made hardier and more resilient because the brain can be changed through attentional-practice. It is fun to use the “science crowns” to create an easy, relaxed approach to neuroscience. Participants put on the “crowns” to get ready to learn some science and to congratulate themselves on how much science they have mastered. They become experts on building their own resilience!

The Playshops that are offered here in Nepal as part of our post-disaster intervention have been designed to help children externalize traumatic energy and return balance to the body. Jonah Spear, the developer of Playshops for Second Response, has a zany and creative way of putting people at immediate ease, encouraging delight when anyone makes a “mistake” during a game, weaving people together into a tight-knit community within a short period of time. People act as if they’ve known each other for years. This capacity to build strong attachments and high-spirited social engagement is always important but especially so in a disaster setting when one of the effects of traumatic events can be to increase emotional isolation and despair.

Working across cultures with vulnerable people requires a smooth-running team and excellent translators. We are so fortunate to have Anju Gautam as part of our team. Anju is essential in so many ways and especially in providing translation when we do our workshops. Initially, Anju  would translate for me as I offered the neuroscience-based concepts and skills. However, after about 4 days Anju knew the material so well that she often does the presentations herself and just asks me to fill in when additional explanation seems needed. It is always an exciting moment when a local person can take the lead teaching. It is truly capacity-building in action!

Recently, we did an SRM skills workshop for parents at a school in Kathmandu. When we arrived the room was overflowing with parents. More benches were brought in. Parents sat pressed together as we described some of the neuroscience concepts that underlie the skills we teach for stabilization and resilience. The concept of “neuroplasticity,” for example, is exciting for people who have felt their environment being out of control. To realize that there are easily learned ways that they can build their own and their children’s resilience by practicing attention-based skills…and change their brain’s reactivity…is an eye-opening idea. There is a sense of greater control and hope. 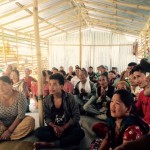 It is particularly gratifying to work with people in the IDP camps. They are living in very crowded conditions, in heat and monsoon rains, often with only intermittent electricity, medical care, and even water. To reach one of the camps we traveled over deeply rutted roads, swerving to miss the cows that wander freely wherever they choose. People were jammed into the camp’s community center with others looking through the slats in the wall. Norm Christiansen, one of our Second Response team members, began with some yoga. In spite of the heat and lack of space to move freely men and women, old and young, followed Norm’s spirited yoga session, often with gales of laughter. One mother’s two year old child followed along carefully mimicking many of the poses as only a two year old could. Eventually, we all went outside for the Playshop games and more people joined in. We ended with the Hokey-Pokey. I think it is safe to say that it was the first time any of these adults and children had done it! Watching the huge smiles and boisterous laughter from a group who are living with so much distress and hardship is a vivid example of resilience in action. 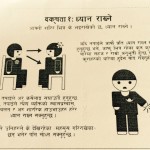 In our SRM skill-based workshops we have been using delightful skills cards that were designed by two students from NYC’s School of Visual Arts (SVA). Kara Isabella and Manola Ampudia are Masters students at SVA in the Design for Social Impact Program. They took the clumsy hand-drawn drawings I gave them to illustrate our skills, researched the Nepalese culture, and designed wonderful SRM skills cards with colors and symbols that incorporated the culture. Few words are needed to show people how to do the basic resilience skills. We have both English and Nepali versions. 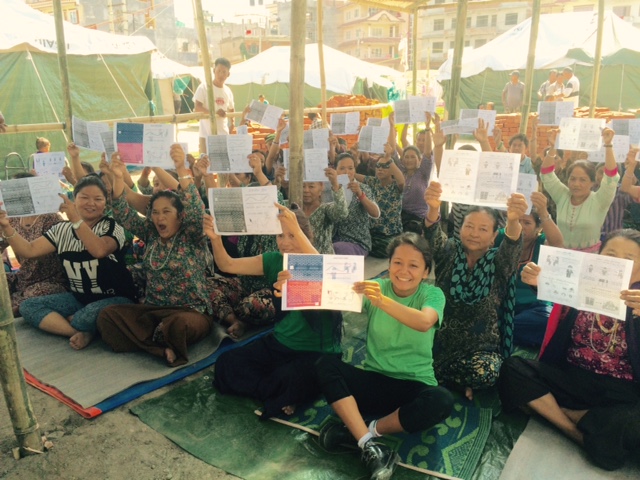 The photos show an example of one of the skills cards and parents and other adults in the Hope Camp with their skills handout. A huge thanks to Kara and Manola! The cards are a wonderful example of academia and groups like Threshold GlobalWorks and Second Response joining together in behalf of healing. They offer a way for us to leave something behind when we return to the U.S., something that can encourage self-care as well as that can be taught to others. On return visits we will reinforce the concepts and skills. Sustainability is an important part of disaster work and I am grateful to have brought in something that can be left behind and used to enhance resilience. 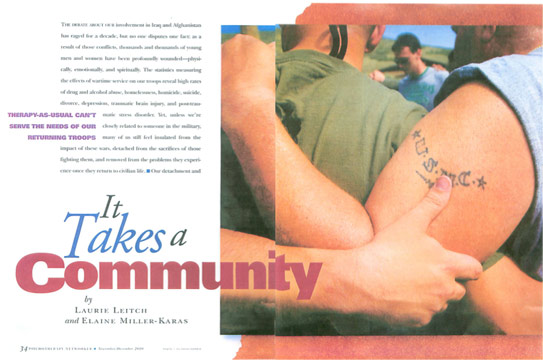